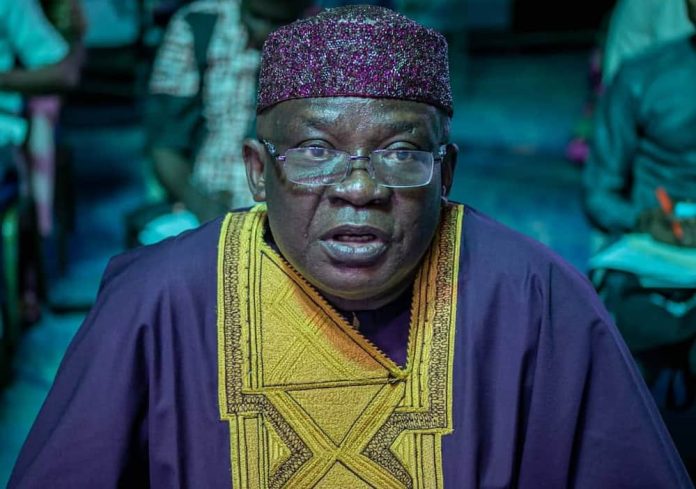 Chairman of Partners for Electoral Reform and a board member of YIAGA, Nwagwu Ezenwa, recently granted an interview to a group of journalists where he called on President Muhammadu Buhari to investigate reports of alleged plot to undermine the 2023 general elections. Excerpts:

How would you rate the level of preparation by the Independent National Electoral Commission ahead of the 2023 general polls?

Well, the challenge for 2023 is what I will actually talk about. I think that the current INEC leadership has, for me, put in place, a legacy that you can’t erase, in the sense that it has played itself completely out of any relevance in determining who wins elections. It has successfully restored power back to the people. Power to elect has returned back to the polling units.

But that has triggered a lot of reactions from politicians who are completely absent in any conversation about reforms. What that means is that there seems to be a spotlight on electronic transmission of results. There seems to be a lot of interest around the BVAS and these are the game changers for 2023. Politicians are in collusion with even some elements within INEC and the security agents.

If the citizens are not careful, our investments in consolidating this democracy can be reversed. And that for me is the big challenge for 2023. The threats of reversal of all the gains, incremental gains that we have made to restore power back to the citizens of the country, through the polling units.

It doesn’t look as if a lot of people are taking that press conference seriously. The allegations that were made there deserve investigation.

If you can have a Congress or Coalition of political parties coming to say that the 2023 election is threatened and that there are people who are working to even remove the INEC Chairman, and citizens are just like “okay, it is one of those press conferences”. What is the issue? If power has been restored back to the citizens of this country in a way that they can determine their leaders, I think that the media and civil society, must amplify, must continue to amplify those threats. And if possible, you know, put bigger search lights in ensuring that the people that have been pinpointed do not play roles that can truly make that bad dream come true.

First is, you have seen the interventions in the way that the Resident Electoral Commissioners were appointed. We did address the press, calling attention to the fact that a lot of people with tainted pasts – about five people with tainted pasts have been cleared by the National Assembly as Resident Electoral Commissioners. And the National Assembly is putting up very lame excuses that there were no affidavits, nobody swore to an affidavit. But you saw somebody who contested election in 2014 to be governor of a state, in a particular political party. That man is sitting pretty today as an INEC Commissioner. And we said there is nothing wrong with it. Oh, nobody sworn an affidavit, the man said he was a party member five years ago.

So if he was a party member five years ago, is it not enough to get him out of that place? Election is about perception. So we are interested in ensuring that Nigerians are alerted to the threats that certain people within the security apparatus are working with some governors to undermine this democracy.

And the way to do that is to begin to put up trumped-up charges against the leadership of INEC and they’ve been doing that. If you remember, Professor Ogban was hounded out of that place before his term expired. Several invitations to the security agencies, his cars were burgled and the rest of them. Highly performing Resident Electoral Commissioners who should have been returned as national commissioners were actually jettisoned. And right now, we are bringing people who we cannot vouch for their integrity. That for me, and for us, is the biggest threat to this 2023 election.

First and foremost, the President of this country has already said he is going to leave a legacy of electoral integrity. If a congress of political parties makes an allegation, I expect that the President should commission an investigation into those allegations and make the outcome public.

With all these allegations, has your group engaged INEC on why all of these are happening?

These are government officials. They speak in hush-hush tones. But if you are perceptive, you can understand that they are currently under threat. Are you in doubt that the BVAS and the electronic transmission of results have changed the narrative of election administration in Nigeria? Is it contestable, that there are people who are angry with the fact that we are not going back to the 2007 era, where you will be voting and they are announcing results?

This current crop of politicians, across party lines, and that is why you are not hearing very strong voices even among the dominant political parties around these issues. So the challenge is for the President who has promised in the international stage, not even in Nigeria, he went to the United Nations and said he’s going to leave a legacy of electoral integrity. And that is one thing he’s going to bequeath to Nigerians. But the current activities of people who want to undermine this election, this 2023 election, is not giving any impetus to that international promise that the President made and I think he should be concerned and worried about that.

“Election rigging starts with active connivance of security agencies, judiciary and an attack on the process. Once the process that brings credible elections is attacked, the outcome is going to be different and that is the challenge”

Nigerian security reports are predicting an increase of violence due to the upcoming elections due to political activities. Should Nigerians be worried about the activities of politicians ahead of 2023?

I think we have seen them. We’ve seen this happen all the time. We have done perhaps five election cycles – 1999, 2003, 2007, 2011, 2015, 2019 and 2023 should be the seventh election cycle. What has been the narrative? That is coming to the point that I’ve been making. The challenge of breaking the rules, breaking the law for elections is that those who have responsibility to sanction look the other way. It is as simple as that.

The Electoral Act 2022 is very clear about violence; it is very clear about intemperate language, it is very clear about use of abusive language. There are penalties for these. So, INEC will warn, the security agencies will pretend that it’s something that happens. So that has made politicians come to that point where they think that they cannot be brought to book. We are overrating them, we are over respecting them. And I think that when it is clear that somebody uses intemperate language and that person can be arraigned in court under this Electoral Act 2022, it will send a strong deterrent to politicians and they will understand that we mean business.

But the attitude of both the security agencies and even sometimes the EMB is to pretend and be warm. INEC warns politicians not to use abusive language. When they use abusive language, what do you do? That is the challenge. The challenge is not that they use or they won’t use abusive language. But to turn it around again is that if you follow the conversation, you will see that the narrative has remained the same in these seven election cycles. It is either they are attacking each other and then lying about who did the attack. If you do a media content analysis, you will find that the trend has remained the same. But what is lacking is consequence management, the consequences of their actions, nobody manages it. And once that continues, we are not going to have the kind of outcome that you’re looking for.

You’re journalists, do you know somebody called Justice Bassey Ikpeme? Can you find out what she did? Somebody can go to court and invalidate the progress that you have made. The conspiracy can include the judiciary and so that threat is real. It is the National Assembly that cleared these people with tainted past and provided lame excuses.

So, in many ways, you cannot even place a lot of hope on that same National Assembly. Nigerians, the active citizens of this country need to raise their voices now. Not after the election when the deed has been done and we start complaining. Election rigging does not start on Election Day. Election rigging starts with active connivance of security agencies, judiciary and an attack on the process. Once the process that brings credible election is attacked, the outcome is going to be different and that is the challenge.

Are you satisfied with the way Nigerians have reacted to PVC collections and all of that because you talk about people taking back power?

You see, that has been the challenge. You know, Nigeria runs on a wave. We run on a wave… Oh get your PVC. Get your PVC. Even those who are not doing PVC are talking, they are saying the same thing, get your PVC.

You ask the person, do you have PVC, you will find out he doesn’t have it. So the challenge is that a lot of people see PVC as an ID card. They see it as a souvenir. They think that democracy or so called democracy dividends are tied to the voting strength of their community. So many times the reason for PVC registration is not to vote. It is actually for other reasons. And that is why you will see that what we have added to the register, after cleaning, we may not have up to 10 million people that have been added. So we are going to have about 94 million voters. Out of those 94 million voters, 50% of them have never voted. I don’t see that miracle. I don’t see that new thing. This wave has always been there. There was a Buhari wave in 2015. It didn’t raise the voting strength from more than 30 million. So we need to intensify public civic, political education in a way that people understand that if they come out to vote, they reduce the possibility of manipulation or manipulating the process in their numbers. If they don’t come out, then it is easier to manipulate the electoral process.