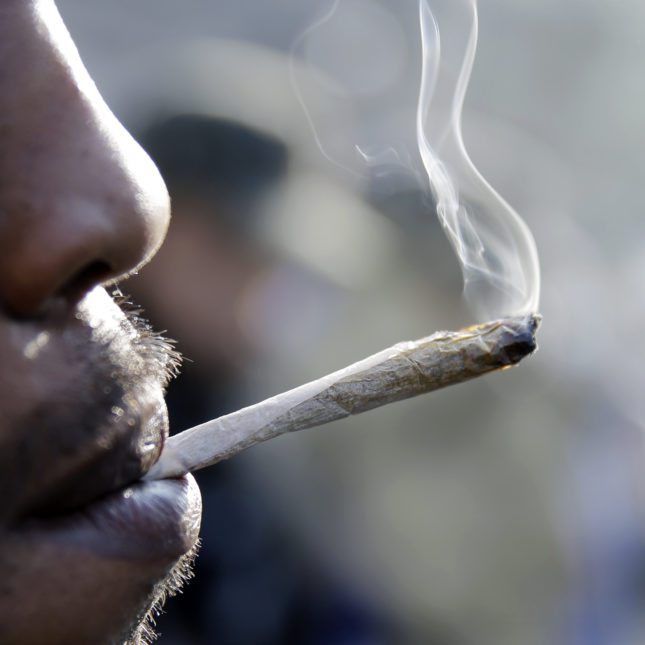 Perturbed by pockets of killings, arson, gangsterism and other forms of attacks in recent times in their community, the residents of Ede town in Osun State, in concert with their king and other key stakeholders, banned the use and sale of hard drugs, smoking of Indian hemp and other substances in the town.

They made the law in view of the growing proliferation of hard drugs and crime and criminality in the community.

In April this year, a notorious cult gang, led by Rasheed Oko Ilu, reportedly terrorised the town by allegedly killing some inhabitants and setting some houses ablaze. Other rival gangsters were also said to have launched another attack on the residents during clashes with Oko-Ilu’s faction.

Again, there was trouble over money in the town during the last governorship election in the state leading to the killing of no fewer than three persons.

Clashes between local security outfits, including the Harmonised Vigilante Group (Ya-salamu) and a group led by the Olode of Edeland, also led to tension in the town as they engaged themselves violently in a superiority battle.

To forestall a repeat of the incidents in the town, a security summit by the Ede Descendants Union and the Ede Elders’ Council was convened at the Ede City Hall, Oja Timi in Ede recently. The forum brainstormed on salient security issues in the town.

Presentations and proposals were made by security experts and outfits, social groups and groups of professionals, following which a communiqué signed by Ayodele Adeyemo, Moshood Adeniyi, Basiru Oyedemi, and a retired Deputy Inspector General of Police, Adedayo Adeoye, was issued to the press, including The Point.

The communique recommended that late night okada riding should be reviewed and smoking of Indian hemp and use of hard drugs in the community should be banned.

It also called for proper tooling of local security men in the community as well as the promotion of synergy between aggrieved security groups and the police.

It read in parts that “The wanton destruction of property, killings, maiming, incessant unrest and unwarranted tension caused by different cultist groups in Edeland were frowned at and condemned.

“The Summit recommended that local hunters should be encouraged to improve on their services to the community. They should, therefore, be given assistance in the form of regular stipends to enhance their living.

“Needed and required equipment should be provided to the local hunters to enhance their performance. Indigenes are enjoined not to abandon, neglect, and or leave their ancestral homes to avoid being hijacked by hoodlums, vagabonds and bandits.

“Introduction of state Police formations, which will always give supportive assistance to other security organisations in combating crimes, was recommended.

“It was observed that the root of the most criminal activities is the consumption of Indian hemp and other hard drugs. As a response to this menace, efforts should be made to discourage the sales and consumption of Indian hemp openly with impunity. It was recommended that the Ede Descendants Union working jointly with Ede Elders Council should commence public enlightenment programmes on a regular basis on the negative effects of drug abuse.

“Security agency in charge of controlling illicit drugs was put to task and was admonished to make sure that weed joints are eradicated forthwith from all nooks and crannies of Edeland. The culprits should be arrested and sanctioned accordingly. The incessant feud between the Fulani herdsmen and the farmers was condemned in totality.

“The summit also showed its displeasure at the alarming rate at which the Fulani herdsmen use their cattle to destroy farms and farm products and occasionally attack the owners of such farms.”