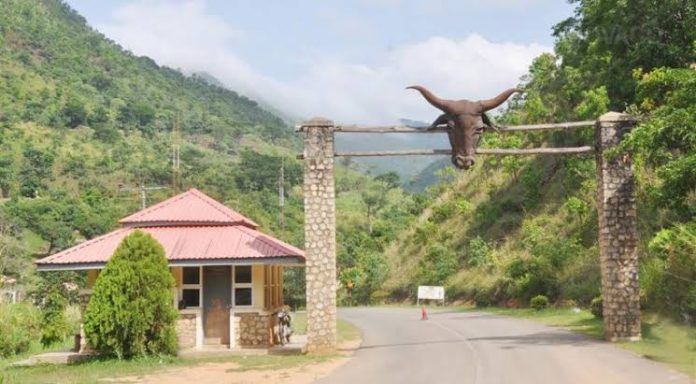 Former Governor of Cross River State, Donald Duke, on Monday in Obanliku, near Calabar, bemoaned the present state of the once famous Obudu Cattle Ranch, saying it will be restored.

Duke then urged the people of the locality not to lose hope.

The former governor said this while addressing traditional rulers in the locality, when the Peoples Democratic Party (PDP) governorship campaign team belted in the area.

“So much have been lost in the last couple of years. He knows the politics of the state. He is not a stranger, we have seen the result of a stranger.

“We need someone who can give us hope that today will be better than yesterday. Sandy is here to restore hope of the people,” he stated.

In his remarks, Onor promised that his administration would adopt a Bottom-Top approach in governing the state.

While urging them to bring back PDP to the seat of power in the state, the governorship candidate noted that the party had the experience and the people to right the wrongs of the present administration in the state.

“We won’t determine what you want but will sit and listen to your problems, see how we will tackle them within the available resources of the state.

“My experience as a former council chairman, former commissioner and now a legislator, has prepared me enough for the mantle of leadership of Cross River.

Meanwhile, Dr Amos Itim, Paramount Ruler of Obanliku Local Government, who spoke on behalf of the traditional rulers, also bemoaned the present state of Obudu Cattle Ranch, adding that he wept each time he visited the ranch.

He, however, said that as people that loved good things, peace and progress, they would continue to pray for the good for the state.

“Leadership is made by God and not by human beings. We know that before you made up your mind, God had already ordained the project, especially when he knows you have a good heart,” he said.