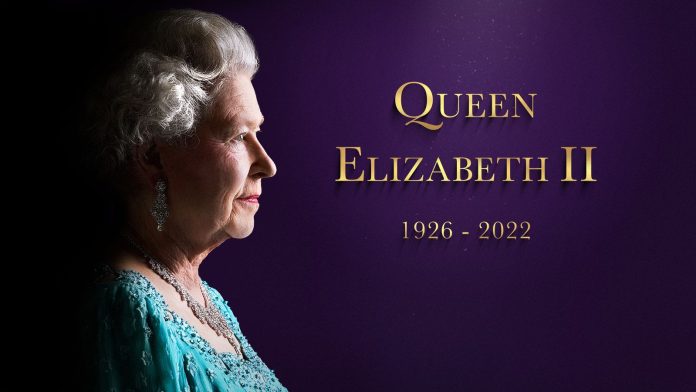 Britain’s longest-serving monarch, Queen Elizabeth II, who died peacefully on September 8, at her Scottish country estate in Balmoral, will be laid to rest today at Westminster Abbey.

King Charles III earlier gave the order for a public holiday across the United Kingdom for the day of the funeral.

Heads of state and dignitaries from around the world are expected to be in the British capital to join members of the royal family to celebrate the Queen’s life and unwavering service to the nation and Commonwealth.

Over 100,000 people are expected to gather at Hyde Park today to bid farewell to the Queen
Queen Elizabeth broke many records as monarch, becoming an enduring symbol of the country over which she reigned for 70 years even as it changed beyond recognition, losing its empire and undergoing social upheaval.

Her reign was a golden age, reminiscent of that of her namesake Elizabeth I, who ruled over England 400 years ago during a period of growing power and cultural flourishing.

Elizabeth I spent 44 years on the throne in the 16th Century, a period regarded as England’s golden age when the economy grew and the country’s influence expanded.

The era of Elizabeth II was remarkable by ensuring the monarchy survived an era of rapid change.

She ascended the throne at the age of 25 on February 6, 1952, on the death of her father George VI, when Britain was emerging from the ravages of World War Two. Rationing was still in place and Winston Churchill was the Prime Minister.

Since then, Presidents, Popes and Prime Ministers have come and gone, the Soviet Union has collapsed and Britain’s empire has gone, replaced by a Commonwealth of 56 nations which Elizabeth was instrumental in creating.

The death of the Queen could have an impact on the mission and prospects of the Commonwealth.

Her tenure as Head of State began during the early post-war years and witnessed a paradigm-changing shift in the balance of political power from the British Empire to the Commonwealth, and the emergence of free, post-colonial nations.

During her time on the throne, the Cold War came to an end and so too did the U.K.’s 47-year experiment as a member of the European Union.

No fewer than 15 U.K. Prime Ministers came and went while she reigned, from Winston Churchill to Liz Truss.

Her rule was not without controversy.

On the personal front, she suffered an ‘annus horribilis’ (a Latin phrase, meaning horrible year) in 1992, when the marriages of three of her children broke down and Windsor Castle was damaged by fire.

“No fewer than 15 U.K. Prime Ministers came and went while she reigned, from Winston Churchill to Liz Truss”

In the aftermath of the death of King Charles’ former wife, Diana, in a car accident in Paris in 1997, criticism was leveled at the monarchy for shying away from public response.

Despite these occasional setbacks, Queen Elizabeth consistently enjoyed about 75% high favourability rating among the British public.

Observers attributed this to her stubborn silence on political issues, a ‘closed book’ approach that allowed subjects, critics, and outsiders to project onto her and the royal family, whatever they wished to.

Her death has, however, raised complex questions regarding the state of the monarchy vis-à-vis the Commonwealth realms and the prognosis for the latter’s continuing evolution in a vastly different socioeconomic milieu compared to the Elizabethan era.

For example, the debate in Australia, where there is a popular movement to reposition the country as a Republic, particularly in the context of the administration of Prime Minister Anthony Albanese being keen to set up a treaty with the Aboriginal and Torres Strait Islander communities.

In 2021, Barbados became the 18th country to remove the British monarch from the role of head of state. Other than these two nations and the U.K., the British monarch remains the head of the state in Antigua and Barbuda, Belize, Canada, Grenada, Jamaica, New Zealand, Papua New Guinea, St. Kitts and Nevis, St. Lucia, St. Vincent and the Grenadines, Solomon Islands, The Bahamas, and Tuvalu.

At least six Caribbean nations have hinted at following the Barbados example.

However, the broader Commonwealth group of 56 nations, of which India and other South Asian countries are members, remains intact, thanks in large part to the critical role that the Queen played in championing the organisation and maintaining its relevance.

As epochal was her rule, so too could the impact of her passing be on the mission and prospects of the Commonwealth.

Elizabeth II wielded soft power and made the monarchy a unifying, focal point for the nation amid great societal divisions, exemplified by her broadcast to reassure the public at the start of the COVID-19 pandemic.

While above the political fray herself, she was still meeting the Prime Minister for a private weekly audience.

“They unburden themselves or they tell me what’s going on or if they’ve got any problems and sometimes one can help in that way too,” she said in a 1992 documentary.

Former leaders said her years of experience have proved of great help, allowing them to speak candidly without fear of their conversations ever being made public.

“You can be utterly, totally frank, even indiscreet with the queen,” John Major, the British leader from 1990 to 1997, said.

Tony Blair, who replaced Major and was Prime Minister for a decade, said: “She will assess situations and difficulties and can describe them without ever giving any clue as to political preference or anything like that. It’s quite remarkable to see.”

Some historians say the Queen will be looked upon as the last of her kind, a monarch from a time when elites commanded unquestioned respect.

“There’s no doubt that she will be up there as one of the greatest monarchs not just for her longevity, but for the period of change which she has witnessed,” Anna Whitelock, Professor of History of Monarchy at London’s City University, said.