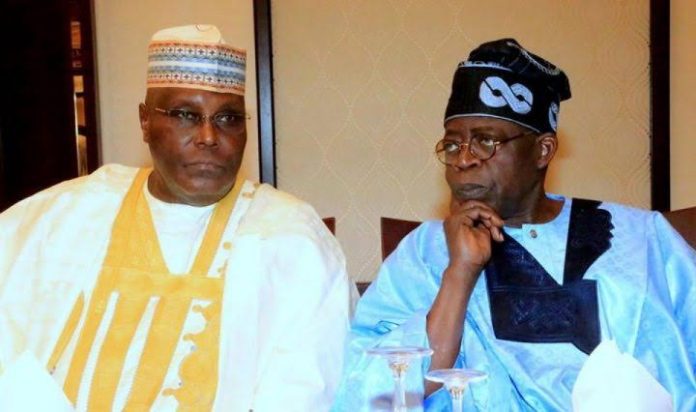 Twelve out of the 18 political parties in the country will be participating in the presidential election scheduled to be held on February 25.

This is according to the final list for national elections released by the Independent National Electoral Commission on Sunday.

The list also showed that the presidential candidates of the People’s Democratic Party, Atiku Abubakar, and his All Progressives Congress, Bola Tinubu, are the oldest among the candidates in the election.

The PDP’s Atiku Abubakar is the oldest at 75 while Asiwaju Bola Tinubu of the APC is the second oldest at 70.

Also, only nine out of the 12 persons jostling to be Nigeria’s president are university graduates. One has an Ordinary National Diploma.

The publication of the final list of candidates for national elections (presidential, senatorial and federal constituencies) was pursuant to section 32(1) of the Electoral Act 2022 and item 8 of the Timetable and Schedule of Activities for the 2023 General Election.

The publication of the full names and addresses of all nominated candidates followed the conduct of primaries and completion of the nomination exercise by political parties.

It was also sequel to the display of the personal particulars of all nominated candidates in their constituencies nationwide as provided by section 29(3) of the Electoral Act.

The Allied Peoples Movement, which endorsed and adopted President Muhammadu Buhari as its candidate in the 2019 general elections has the only female candidate in the person of Ojei Princess Chichi. She is 44 years old.

The presidential candidates of PDP, Atiku Abubakar; APC, Bola Tinubu; Labour Party, Peter Obi; and New Nigeria Peoples Party, Rabiu Kwankwaso, are generally seen to be the frontrunners in the coming election on the final list.

The list published contained the names of Senator Goodwill Akoabio from Akwa Ibom State and Senator Peter Nwaobishi of Delta State as well as Bashir Machina, who replaced the senate president, Ahmed Lawam.

Akpabio replaced former retired Deputy Inspector General of Police, Ekpuudom, while Nwaoboshi, who was convicted for seven years by the Court of appeal in Lagos, is also on the list.

The INEC list also revealed that 48 million out of 93.5 million eligible voters are youths.

INEC disclosed that youths formed the highest number of registered voters who would vote in the February and March elections.

National Commissioner at INEC in charge of Information and Voter Education Committee, Festus Okoye, had stated this during the commission’s engagement with identified groups on the role of the youth ahead of the 2023 general election.

Okoye said from INEC’s records, the youth held all the aces to determine the outcome of the 2023 elections.

He urged the youths to ensure that they cast their votes on election day, emphasising that it is only when they do so that they would determine who would lead them.

Okoye explained that the electoral process would be strictly technology-driven, adding that the commission has already deployed technology in all its processes.

He said, “The commission had already taken delivery of the full number of the Bimodal Voter’s Accreditation System, for the conduct of the election in the 176,846 polling units across the federation. Additional BVAS for contingencies would be deployed to the 8,809 registration areas across the country.

“The BVAS were designed to function offline, and only accredited voters would be allowed to cast votes on the day of the polls.

“Only registered voters, who present their Permanent Voters Cards at the polling unit, would be accredited to vote.

“Over 1.4 million ad-hoc election staff had been engaged by the commission for the conduct of the 2023 general election, and insurance policy had been secured for them against hazards of the election, especially possible attack.

Okoye advised any ad-hoc staff who might not be ready to resist the temptations of election rigging antics to withdraw from conducting the exercise.

Meanwhile, INEC has raised fresh alarms, warning that the forthcoming general election faces serious threat of cancellation should the security across the country fail to improve.

INEC Chairman, Mahmood Yakubu, who expressed this concern, also warned that the cancellation and/or postponement of elections in sufficient constituencies due to the prevailing security situation in the areas will not only hinder the declaration of elections results but also precipitate constitutional crisis.

Represented by the Chairman, Board of Electoral Institute, Abdullahi Abdu Zuru, Yakubu stated this on Monday at the validation of election security training resources in Abuja.

The electoral umpire boss however assured that the commission was not leaving anything to chance in ensuring that intensive and extensive security are provided for election personnel, materials and processes.

His words: “We all appreciate the fact that Election Security is vital to democratic consolidation through provision of an enabling environment for the conduct of free, fair, credible and inclusive elections and thus strengthening the electoral process.

“Consequently, in preparations for the 2023 general elections, the commission is not leaving anything to chance in ensuring that intensive and extensive security is provided for election personnel, materials and processes.

“This is particularly significant to the commission given the current insecurity challenges in various parts of the country and the fact that the National Youth Service Corps (NYSC) members constitute the core of the Polling Unit Election officials.

“Therefore, security personnel in particular and all election officials in general must be security conscious and alert to unusual activities in their environment and must be fully equipped to deal with any challenge at all times,” he charged.