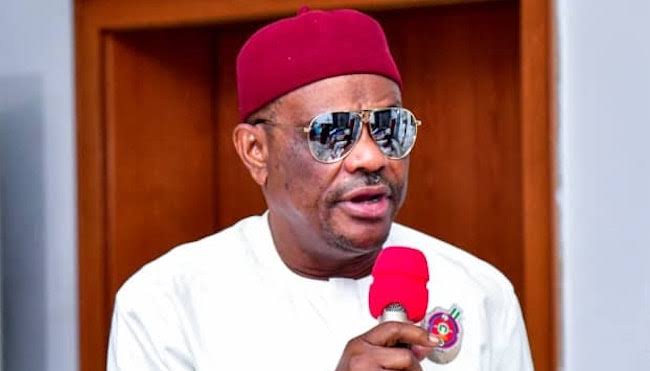 Rivers State Governor, Nyesom Wike has alleged that the National Assembly is under pressure to pass the budget of the Niger Delta Development Commission, just for the sole purpose to raise funds for this year’s elections, and not for development.

Governor Wike spoke on Monday when delegations from media houses paid him a visit at the Government House in Port Harcourt to present letters of nomination as the Leadership Politician of the Year 2022 and the Sun Courage in Leadership Award 2022.

Wike describes the N500 billion budget proposal of the commission as a fraud, as he raised queries on some of its provisions.

For instance, he queried the N4 billion proposal for the desilting of drainages and N60 billion naira for security agencies.

He wondered why a commission that “has not completed one road in one year”, despite being established to develop key infrastructures in the Niger Delta region, is allocating such an amount of money to clean drainages and build structures for security agencies.

He also queried the relevance of the Niger Delta Ministry which was created in 2008 to coordinate efforts to tackle the changes in infrastructure development, environmental protection and youth empowerment in the Niger Delta.

He said all that the Minister of Niger Delta Affairs does, is supervise the activities of the NDDC, a situation, he said, further puts pressure on the commission.

Wike also spoke on the crisis in the Peoples Democratic Party, recalling how the party betrayed his trust and confidence when the convention committee reopened a foreclosed window to allow a Presidential Aspirant, Governor Aminu Waziri Tambuwal of Sokoto State to relaunch a campaign after all the aspirants had spoken.

He said Governor Tambuwal did not only announce his withdrawal from the race, which is of no offence to him but was allowed to instruct his supporters on who to vote for.

Wike said the PDP Presidential Primary was completely marred by irregularities by the fact that Governor Tambuwal was allowed to launch a fresh campaign after all the aspirants were given the time to speak and voting was about to begin.

Governor Wike told the delegation of media managers and editors that he decided to forge ahead despite the fraud perpetrated by his party, believing that equity will be done in the holding of party positions and that its National Chairman, Iyorchia Ayu will resign as allegedly promised.

He explained how he could have taken up legal action against the PDP, but for the love he has for the party he sacrificed a lot to rebuild when it was abandoned.

He said while he has not reneged on his promise at the convention ground to support whoever that emerges as the Candidate, the other party must also fulfil its promise. Atiku Abubakar emerged winner at the primary.

Wike said he cannot join the PDP Presidential campaign to tell lies. He then charged media organizations not to “panel beat” the truth so that it can create a better society for the present and for posterity.