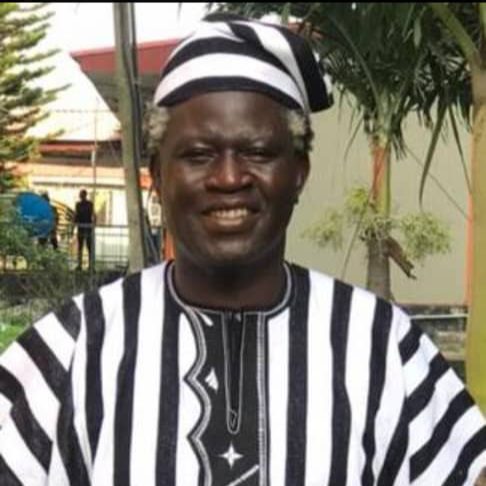 These are not the best of times for the Buhari Administration, not after it has mismanaged the huge popular acclaim and goodwill on which it rode to power using the change mantra that turned out to be a monumental scam. The administration has sadly fallen from grace to gutter having failed scandalously on all fronts: security, economy, exchange rate, anti-corruption, food crisis, unemployment, oil-theft, and the seven-month-old ASUU strike which the incompetence, backbiting, rascality, and lackadaisical attitudes of the Ministers of Labour and Education have turned into a poisonous icing on the government’s sour cake.

For an administration that came to power on propaganda and inelegant condemnation of its predecessor and grand deception of the Nigerian people to manage the challenges of insecurity, economic backwardness, unemployment as well as the issue of the recurring ASUU strikes and the poor funding at its root magisterially, the Buhari lackluster administration, having run out of oppressive tricks to pillory and force ASUU members to abandon their patriotic struggle to save the Nigerian public universities through starvation, has become a dancing cockroach. For those who are familiar with the existential trajectory of the cockroach, a dancing cockroach is a dying cockroach. Having transmuted into the proverbial dancing cockroach, the Buhari administration has become blindly desperate, unfeeling, insensitive, unthinking, and unconscionable.

First, a government with legendary contempt for the rule of law and passionate intimacy with lawlessness has no shame rushing to the National Industrial Court (NIC) to “procure” a judgment in frontal assault and contravention of due process and legality. The government succeeded in securing an unjust injunction with which it seeks to force ASUU members to the classrooms on empty stomach.

Given its historic and unchangeable DNA of extreme lawlessness, the same government that wants “justice” through the court, in the same vein cannot even pretend to respect the court processes. Despite the public knowledge that ASUU has filed an appeal and stay of execution of the NIC controversial judgment, our lawless lords of Abuja ordered the VCs and Pro-Chancellors of Federal Universities to “ensure that lecturers return to classes immediately” in conformity with the “procured” judgment. Ironically, these are the same VCs and Pro-Chancellors who have wisely counseled President Buhari against the stupidity of its misadventure and ruinous path as it concerns the government’s handling of the patriotic ASUU struggle.

What came out clearly from the foregoing is the unpardonable ignorance of the government and its officials about the workings of the universities they are supposed to superintend over. It is therefore axiomatic that “the ignorance of an ignorant is the malady of the ignorant.” How sad. A number of posers are also germane based on the latest government uninformed directive to reopen the public universities.

Second, even if the public universities were closed, do VCs and Pro-Chancellors have the power to reopen the universities without the Senate? The government seems to be desirous to extend its lawless disposition to achieving this new objective.

Four, is the order to forcefully “open” the universities when the matter is still in the court; appeal and stay of execution filed, not contemptuous of the court? This is clearly a replica of, or a hangover from, a typical military administration, and never anything characteristic of the civility that garnishes democracy and its accompanying rule of law.

Truth is that the government’s present action is also the final kick of a dying horse. We shall be too glad to sing its requiem mass as we have done to its predecessors in similar circumstances.

The government may hasten to implement the usual next script: sacking all lecturers in the Nigerian public universities. In their place, the government should go ahead and, with the hopelessly devalued naira, import lecturers from the United Kingdom (UK), United States of America (USA), Canada, and even Ghana. Let us see how these imported lecturers will lecture in our decrepit public universities on the miserable pay of less than $500 per month for a professor in these Buhari’s glorified secondary schools that go for public universities in Nigeria. Those whom the gods want to destroy, they first make mad.

As a demonstration of the confusion into which the government has plunged itself on the ASUU strike, an otherwise simple matter to resolve, the government has further confused itself by withdrawing the circular ordering the re-opening of the public universities thus confirming that no serious thinking goes into government actions on this and other important matters of the state. Despite this hasty retreat, Nigerians should not be deceived. Going by its devious antecedents, the government is only retreating to cook another tasteless dish. Whatever it is, the light will always overpower all forces of darkness. ASUU’s patriotic struggle shall triumph.

Professor Adelaja Odukoya, who writes from the University of Lagos, Akoka, is the Lagos State Zonal Coordinator of ASUU.