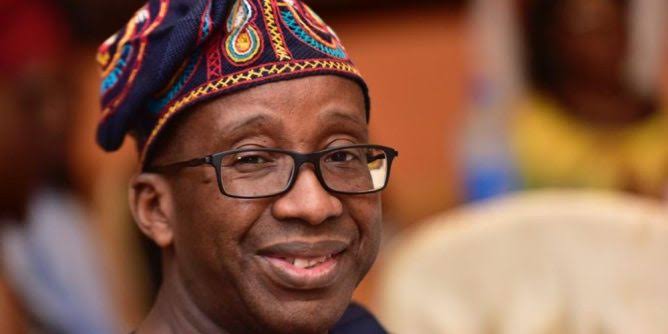 The endless crises rocking the Ogun State chapter of People’s Democratic Party took a new twist on Tuesday as the National Working Committee of the party expelled one of its governorship aspirants, Jimi Lawal for gross misconduct, forgery, anti-party activities and disobedience to the party’s constitution.

Lawal’s expulsion followed the recommendations of a disciplinary committee of the NWC and NEC headed by Tola Odulaja
Others expelled alongside Lawal are: Muyiwa Odebiyi, Moruf Olajide and Ademola Ojoye.

While addressing journalists at the PDP secretariat in Abeokuta, Odulaja said their expulsion was in accordance with the party’s constitutional provision.

Odulaja explained that the committee set up in February, 2022 by the NWC of the party recommended their expulsion following Lawal’s disobedience to the party by organizing ‘illegal’ rerun governorship primary in the state.

However, in a swift reaction, Lawal described his purported expulsion from the party as “a joke taken too far”.

He described the party members who arranged the said expulsion as “dissidents” and noted that their action is an “illegality upon illegality”.

His reaction was contained in a statement issued by the Project Director of Jimi Adebisi Lawal Campaign Organization, Austin Oniyokor.

His statement reads: “Our attention has been drawn to the purported expulsion of the governorship candidate of the People’s Democratic Party (PDP), Otunba Jimi Adebisi Lawal and other chieftains of the party by some dissidents.

“This is a joke taken too far. Indeed, it is illegality upon illegality, all amounting to illegalities. How can these people take such a step when the initial illegal act is already a subject of litigation at the Federal High Court, Abeokuta; and the parties, including the active participants had been served the court summons. As a matter of fact, the matter came up yesterday, Monday, 31st October, 2022 at the Federal High Court, Abeokuta. Definite hearing has been fixed for 30th November, 2022.

“Clearly, the purported suspension and illegal expulsion are comical acts taken too far. These steps cannot stand the test of time and the law. These acts are contemptuous of the court which will be set aside sooner than later as in the case of Amaechi v. INEC & Ors. (No. 1) (2007) 18 NWLR (Pt. 1065) 42.

“We implore all our long-standing delegates, leaders, elders and stakeholders of the party to remain calm. All these shenanigans are no more than a storm in a teacup. It will soon fizzle out.”

Last week, a faction of the PDP in Ogun State loyal to Lawal, had suspended Oladipupo Adebutu and four others.

In a statement made available to newsmen in Abeokuta penultimate Tuesday and co-signed by the Financial Secretary and Assistant State Treasurer of the party, Bola Odumosu and Mrs. Akibu Oriyomi respectively, the party said the suspended members were found guilty of contravening the terms of settlement entered in the consent judgement that birthed the current executives of the party in the State.

Others suspended were the acting chairman, Taiwo Akinlabi; State Secretary, Sunday Solarin; State Publicity Secretary, Akinloye Bankole and Ogun East Senatorial Chairman, Kayode Adebayo on the ground that they acted in flagrant disobedience of the subsisting court judgement which produced the current executives of the party, thereby betraying the terms of settlement entered by the two warring factions in the State.

Aside from that, they were also alleged to have connived with some unscrupulous elements within the party to manipulate the delegates’ list used in conducting the primary election of the party in Ogun State which consequently led to the multiple court judgements nullifying the party’s primary elections in the State. A situation that has led to the party not having candidates for the 2023 general election unless the courts come to the rescue of the party.

This has never happened in the nearly 24 years of the Party in Ogun State.