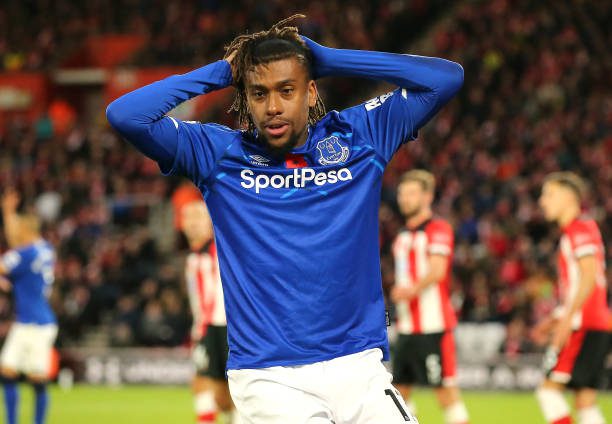 Alex Iwobi was the only player of Nigerian descent on parade at M&T Bank Stadium in Baltimore, Maryland as Everton suffered a 2-0 defeat at the hands of Premier League rivals Arsenal in their first pre-season friendly on Sunday morning.

Toffees boss Frank Lampard fielded a different starting XI for the second half and one of the changes saw Iwobi, a product of Arsenal’s Hale End Academy, come off the bench to face his boyhood club.

Two other Hale Enders eligible for the Super Eagles in the form of goalkeeper Arthur Okonkwo and Folarin Balogun were non-playing substitutes amid speculation linking them with a temporary departure from the Emirates Stadium.

Arsenal’s marquee signing of the summer transfer window Gabriel Jesus continued his fine pre-season form with a goal and assist.

The new acquisition from Manchester City gave the Gunners the lead in the 33rd minute when he prodded the ball into the roof of the net after a badly defended corner by Everton and he was heavily involved in the second goal three minutes later as he set up Bukayo Saka, who converted at the far post.

Iwobi had a chance to reduce the deficit seven minutes into the second half but his shot from the edge of the penalty area went over the crossbar.

Up next, Arsenal take on Orlando City on Thursday while Everton fly to Saint Paul to face Minnesota United.