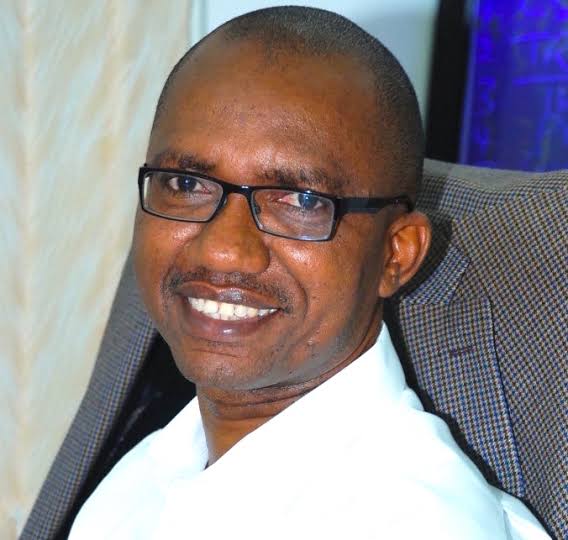 If you haven’t had a good laugh, you have not been with him. And anyone who knows him knows I’m not joking. The Catholic Bishop of Sokoto, Matthew Hassan Kukah, has the rare gift of humour.

Not the run-of-the-mill kind that forces a courteous half-smile. It’s the kind that extracts the prey while putting the cat completely at ease; it just cracks your rib.

It works in good times and in bad. And just as he has done in the last nearly over two decades of being clergyman and public intellectual, Kukah deployed this gift again in a conversation about his new book also meant to mark his 70th birthday in Abuja.

What gripped me was not his thoughts on the book that Monday night inside the cold bookstore where the organisers dug out an impressive space for the event. Or the searing questions gently delivered by the moderator, Chido Onumah, to which he responded with clarity and painful irony.

It was Kukah’s sport, his use of anecdotes and stories to reinforce his answers. He took his examples from everyday life, occasionally deploying self-deprecation in ways that said more than the content of Broken Truths, which in itself is an extraordinary collection of lectures and reflections on the enigma called Nigeria.

Here’s one story, for example. A certain distressed fellow got his phone number through only God knows how. The fellow had been trying to get a government contract. It turned out, as it always does in the Nigerian story, that he could never hope to get past stage one if he didn’t know any big man.

Kukah, obviously after a siege of multiple calls from the distressed fellow, yielded and took the call. After hearing him out, the clergyman explained that he was not a big man and therefore couldn’t help. The distressed man persisted that all he wanted was to mention Kukah’s name as his “sponsor.” Nothing more.

“That’s fine,” an exhausted Kukah replied. “Go ahead if you think that would help your case!” The man did. And it worked. He got the contract just by mentioning that Kukah was his “sponsor”.

In a sense, the story of the distressed man who needed to drop Kukah’s name to find a way is at the heart of the brokenness of Nigeria eloquently captured in Kukah’s collection, his fifth book in 29 years.

It’s ironic that even as he marks his 70th birthday he is still writing about the same Nigerian problems he wrote about as head of Communications of the Catholic Secretariat in Lagos decades ago; problems he also repeated in lectures, articles and public speeches as he advanced up the ecclesiastical ladder.

To use one of his numerous painful metaphors on Monday night, things appear to have improved mostly in “regression”. It’s a conundrum famously called the “Writer’s Misery”. Sonala Olumhense, one of Nigeria’s most famous prose stylists, touched on this dilemma on his 60th birthday when he said one of his biggest frustrations was complaining about the same things that he complained about when he was 18.

Another story Kukah shared on Monday night was how identity politics has been weaponised. As a faith leader, he has worked to build bridges and promote religious harmony with other outstanding faith leaders including the Sultan of Sokoto. Yet, if this election season proves anything, it’s that there’s still a long road to travel as politicians insist on defining their campaign, not by the issues, but tribe, religion and ethnicity.

As to how he deals with his own identity crisis, he said he is pleased that his village, Anchuna, is not on the map of Nigeria. “When I’m in my state, Kaduna,” he said, “my state comes first and then my village, Anchuna. Of course, the situation changes when I’m out of the country. Then, I’m first a black man, a Nigerian and so on.”

Then he told another story of how once when he went to visit a senior clergyman, his host was so engrossed in watching a boxing match that he hardly noticed his presence. “After the boxing match ended”, Kukah said, “I asked him who he was supporting. He looked up, puzzled and asked me, ‘What kind of question is that?’”

“Isn’t it obvious to you that I’m supporting the black man?”

Identity politics is not a crime. But its salience, especially in the developing countries, is worsened by superstition and the dangerous monopoly of opportunities by the ruling elite. Two books make this point eloquently: Francis Fukuyama’s Identity: Contemporary identity politics and the struggle for survival, and Yuval Noah Harari’s epic, 21 lessons for the 21st century.

While the former explains why identity politics is the new nationalism in modern politics, the latter chides secular people who are at a loss for the grip of religion on politics.

Of the three spheres of influence in human development – technical problems; policy problems; and identity problems – Harari wrote, while religion has receded in the first two, replaced largely by advances in research, science and rational thinking with more beneficial outcomes, it still dominates identity politics. Regrettably, however, this is the area where God serves man, the result has been more harm than good.

Back to Broken Truths. Why broken truths? Onumah asked the question twice, though I was sure it was not the first time Kukah would be asked. After all, outside theology, there is no single version of the truth, a fact which Kukah also acknowledged.

To illustrate the point, he cited the work of the National Human Rights Violation Investigation Commission set up by former President Olusegun Obasanjo and headed by Justice Chukwudifu Oputa to bury the ghost of the Abacha era, especially, and bring healing.

Kukah, the secretary of that commission, said it appeared, on the face of it, that Obasanjo meant well. The world was, of course, excited by the South African model, copied from the earlier model in Chile. Obasanjo thought Nigeria could use these examples, too.

He wanted truth, and possibly reconciliation and closure for the scores, if not hundreds, whose rights were abused under Abacha and even going back. But Nigeria, being Nigeria, many turned up at the commission with petitions unrelated to the committee’s work and demands beyond its brief.

And Obasanjo, being Obasanjo, the former president also wanted his own truth, his own way! So, while he was eager to set up the committee and make a show of its work, he was far less enthusiastic to follow through with the committee’s recommendations. In the end, what was supposed to mend, still left behind brokenness from which we struggle to recover even today.

Yet, Kukah said, the illusion that one acceptable version of truth can come from a commission is overrated. It is so, he said, in South Africa, which we love to hold up as the perfect model of truth and reconciliation, as it is in Nigeria, where the mismanagement of diversity remains a plague.

“Apartheid did not end because truth happened and Whites suddenly realised it was important to discard the system” he said. “It ended because apartheid became unprofitable.” Whose truth? Story for another day, Kukah said.

This 11-chapter, 259-page highly endorsed book covers a variety of subjects extensively. It sometimes reads, as Kukah himself admitted, like The Argumentative Indian, the book by the 2005 Nobel Prize winner and Indian, Amartya Sen. Broken Truth shows that given Nigeria’s complexity, its triumphs, travails and endless self-flagellation, however, the argumentative Indian could learn a thing or two from here.

But where did the rain start to beat us? In essays from his thoughts on national cohesion to the existential crisis in the education sector and from human rights issues to the place of Nigeria, and especially its youths, in the future, Kukah insisted that the foundation of today’s crookedness was laid by the military.

“If the military did not strike when it did and the politicians had been left to find their footing”, he said, “we would not be where we are today.”

Is there hope of cohesion, any sign that the broken truths would mend someday? “Categorically, my conclusion is that a great future awaits our nation,” Kukah said. “But for that to happen, we need to create new myths, move away from the distorted pictures that have emerged from the writing (and works) of our respected artists who present only the worst of our nation.”

Those who look at Kukah solely from the lens of his theological dialectics or his intellectual rigour as a thought leader might find his book a bit of a heavy lifting.

But not to worry, after watching a viral video of him dancing to Kizz Daniel’s Buga challenge, his sequel might yet be from the repertoire of anecdotes and humour which he started writing during his work as secretary of the human rights violation commission.

Surely, even broken truths presented as humour have their healing virtue.

Long and well may you live, Your Lordship!

Ishiekwene is Editor-In-Chief of LEADERSHIP