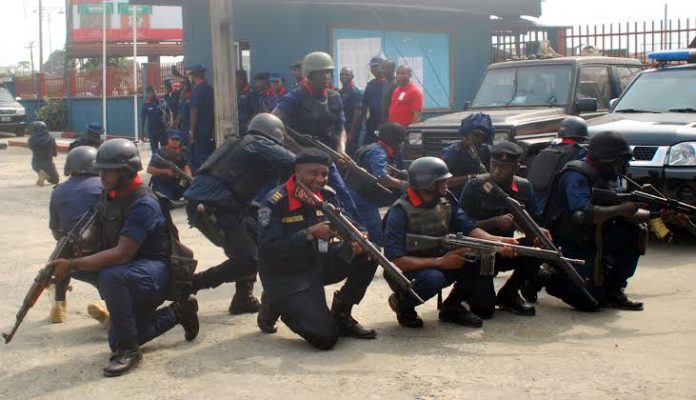 The Nigeria Security and Civil Defence Corps, Osun State Command, has expressed readiness to collaborate with authorities of the Nigeria Correctional Service to forestall any jailbreak attempt in the custodial centres in the state.

The Commandant of the state NSCDC, Sunday Agboola, made this known on Thursday when he paid a courtesy visit to the Controller of NCoS in the state, Tolu Ogunsakin.

Agboola said the commitment was in line with the directive of Commandant General of the civil defence corps, Dr. Ahmed Abubakar Audi, for the corps to work towards having a robust collaboration with other sister agencies in the country.

According to Osun NSCDC boss, in a statement made available by ASCII Adeleke Kehinde, the Acting Public Relations Officer of the command, the visit was to sustain and renew the existing relationship and to synergise in securing custodial centres across the state.

Agboola stated that a strong synergy would bring about an improved security of lives and property in the state noting that the two services are under the same ministry, therefore there was need to complement each other to achieve national security.

He stressed further that the security challenges bedeviling the nation, including attacks on correctional facilities, could only be surmounted through a collaborative effort of security agencies in the country.

Assuring the NCoS Controller of the support of NSCDC in order to nip crimes and criminality in the bud, Agboola promised that efforts would be intensified to forestall jailbreak in the state.