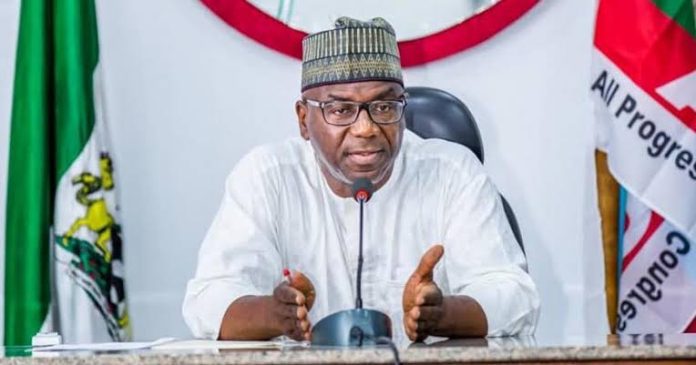 Governor AbdulRahman AbdulRazaq of Kwara State has said that he will present the state’s 2022 revised budget of N187, 531,705,929.00 to the state House of Assembly.

The state Executive Council gave AbdulRazaq the approval on Wednesday in Ilorin.

This is contained in a statement issued in Ilorin on Thursday by the State Commissioner for Communications, Bode Towoju.

The revised fiscal trust placed emphasis on completion of ongoing capital projects and consistent payment of the new minimum wage across board.

The council approval was given following a presentation of the estimates and performance of the approved budget by the Commissioner for Finance, Mrs. Florence Oyeyemi.

According to the statement, the council meeting was chaired by the governor.

Oyeyemi said 52.34 per cent of the revised budget would go for recurrent expenditure, while the capital expenditure would gulp the remaining 47.66 per cent.

The commissioner explained that the recurrent peaked partly to accommodate rise in personnel cost, such as full implementation of the minimum wage in the mainstream civil service, agencies and parastatals of the state government.

The statement said the proposal would be submitted to the parliament soon. (NAN)