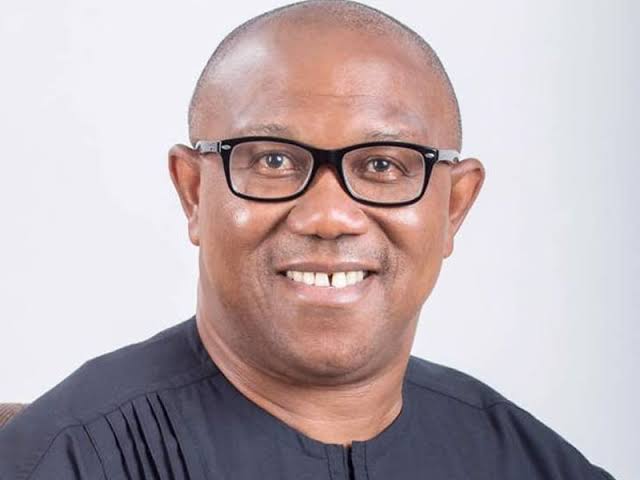 Nigerians in Canada to host LP’s presidential candidate on Sunday

Supporters of Labour Party’s presidential candidate, Peter Obi, in Port-Harcourt, Rivers State, in their thousands on Saturday, defied hours of heavy to stage a two-million-man march in support of the former Anambra State Governor.

The participants, mainly youths, started gathering at Oil Mill Junction in the Rumukurusi axis of Aba-Port Harcourt Road take-off point for the march in Port Harcourt from 9:00am.

Members of Civil Society Organisations and entertainers were also part of the march which lasted for over four hours.

Carrying Nigerian flags as well as different sizes of banners of Obi and the LP, the participants marched through the ever-busy Aba-Port Harcourt Road, thereby causing heavy traffic gridlock on the road.

The procession finally ended at the Isaac Boro Park, Mile One, Port Harcourt, where the participants sang and danced for several hours before they were addressed by their leaders, who encouraged them to arm themselves with their Permanent Voter Cards ahead of the 2023 elections.

Reports say that all the major roads leading to the Isaac Boro Park were cordoned-off by men and officers of the Rivers State Police Command, in an apparent effort to ensure adequate security.

The event is organised by Nigerians in Canada by the Peter Obi Nigerian-Canadian Interest Group, as part of the Good Governance Series, identifying the role of Nigeria’s Diaspora in the country’s development.

Organisers said this coalition of 20 socio-political associations in Canada, in its quest to contribute to the political build-up to the 2023 general elections in Nigeria, will be having discussions with Obi on his plans to revitalize the economic situation, tackle insecurity and upgrade the health sector which is witnessing a massive brain drain of trained professionals from Nigeria.

Chairman of the group, Vwede Obahor, said: “Our initiative to have this town hall meet with the Labour Party presidential candidate is to engage him on the economic plans he has for Nigeria. There is no doubt that Nigeria is in a worst position that was inherited when the incumbent government took over seven years ago and we want to make sure that Mr. Obi gives us a structural method through which he will tackle the insecurity, stabilize the economy, create jobs and revive the healthcare delivery in Nigeria.”

The former Anambra State Governor is expected to speak on the topic: “Positive impact of Nigeria’s Diaspora on our country’s Growth and Development.”

The town hall meeting which takes place at Hilton Toronto Airport Hotel and Suites, Toronto precedes a breakfast meeting slated for Monday, August 29, 2022, with the August visitor before he departs for Los Angeles, United States.

According to David Ewaenosa, Communications Director for the event, so many Nigerians and friends of Nigeria from all over Canada have expressed interest in attending the meeting.

“We have been working very hard to make sure that we have a very good event with our guests, and it is amazing the number of Nigerians and friends of Nigeria who have indicated an interest in attending this event. As Nigerians head to the polls in some months’ time to choose a leader, it is inherent that Nigerians in Diaspora engage with the participants in the process with a view to charting a path that will be beneficial to our country. It is high time that we get the Nigeria project right,” he said.

Among the expected personalities to grace the occasion is Patrick Brown, the Mayor of Brampton, who has shown a great commitment to the Nigerian community.