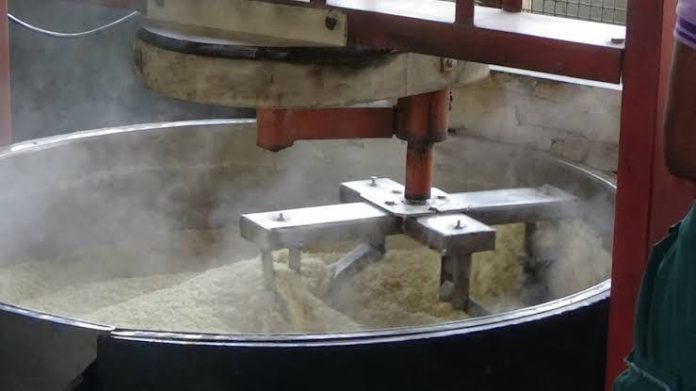 The Ogun Government says it will resuscitate the Modern Garri Processing Factory in Ode-Remo, Remo North Local Government area and make it a model through the Public-Private Partnership arrangement.

Mrs. Kikelomo Longe, the State Commissioner for Industry, Trade and Investment, gave the assurance in Abeokuta on Wednesday at a meeting with representatives of the Remo Growth and Development Foundation.

The group had sought the intervention of the state government in the resuscitation of the factory, which stopped operation in 2019.

Longe said that the state government was also willing to ensure that the facility started working again to boost livelihood of people and enable residents of the area to optimise the benefits of the state agro-cargo airport.

She explained that the airport was expected to be completed soon as well as a Special Agro-Processing Zone in close proximity to the Garri processing factory.

“The airport and the Special Agro-processing Zone (SAPZ) will be game-changer for the state. The projects will put the entire Ilishan area and Ogun State on the world map.

“It is important that clusters like this are gotten right. Again, we want the Garri processing factory to be a model. So, if we get it right, we are going to do it in other parts of the state,” the commissioner said.

She, therefore, called for an assessment of the current condition at the facility, stressing that all relevant stakeholders should be engaged, while relevant timelines for the implementation of the project should be stated.

In his remarks, Remi Ogunmefun, the Special Adviser to the Governor on Industry, Trade and Investment, assured the people that the current administration would support the Foundation in getting the project working again.

Ogunmefun said that it was important to consider the significant economic impact the project would have on entrepreneurs involved in the cassava value chain.

Earlier, the Permanent Secretary in the Ministry, Olu-Ola Aikulola, commended the Foundation for encouraging others to emulate the group.

Also, the General Secretary of the Foundation, Wole Awe, said the Foundation was interested in the revival of the project to aid the economic growth of the people in the area.

Awe said that the group was pleased with the PPP arrangement for the project. (NAN)