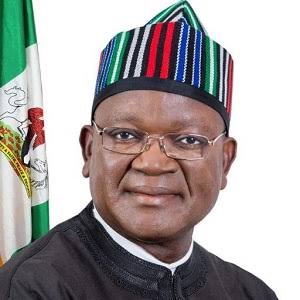 Vows not to impose presidential candidate on Benue PDP members

Benue State Governor, Samuel Ortom, has dismissed reports that the G5 Governors had endorsed the Peoples Democratic Party’s presidential candidate, Atiku Abubakar, for the 2023 elections. He also berated the national leadership of the party for its inability to resolve the crisis bedeviling it. He vowed not to impose his preferred presidential candidate on members of the PDP in Benue State.

Explaining what transpired, where and when, the statement added that, “When the Governor met with the expanded state caucus of PDP yesterday (Monday) January 9, 2023, at the Benue Peoples House, Makurdi, his message to them was crystal clear that the national leadership of PDP has failed to utilize its internal conflict resolution mechanism which has led to the crisis rocking the party.

“The Governor said during the meeting that if the crisis is not resolved before the elections, he would be left with no other option than to take a stand on the matter. He (Ortom) added, however, that he wouldn’t impose his decision on members of the party in the state.”

For months, the G5 has been at loggerheads with Atiku and Iyorchia Ayu over the chairmanship of the latter. The five dissatisfied governors want Ayu to step down for a southerner as a precondition to support Atiku’s decade-long ambition in the February 25 presidential election. But Ayu has insisted that he would only resign after his four-year constitutional term.