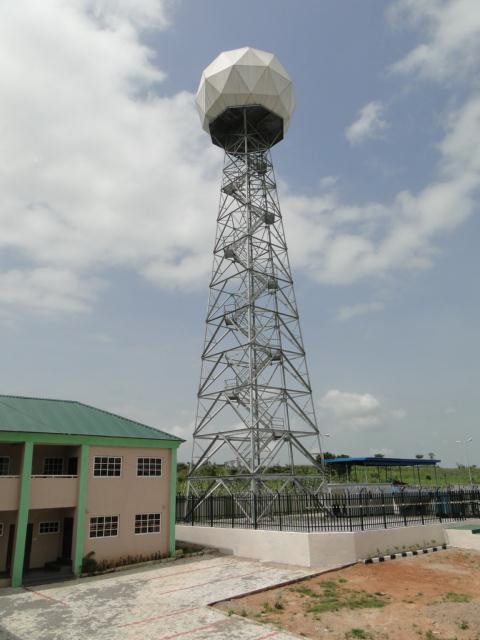 It is a well-known fact that the multi billion naira Total Radar Coverage of Nigeria (TRACON) commissioned in Abuja on October 18, 2010 by former President, Goodluck Ebele Jonathan has impacted positively on air navigation service delivery in the nation’s airspace thus confirming the integrity of the hi –tech equipment in the last 12 years.

Before now, the well-conceived project at conceptual level became a subject of controversy as antagonists of the new radar system labeled it as another white elephant project waiting to go down the drain like other gigantic projects abandoned midway in the country.

Controversies that trailed the project were overwhelming enough to discourage the government and officials of Nigerian Airspace Management Agency (NAMA) from actualizing this lofty idea of transforming the nation’s airspace architecture with a sophisticated and digitalized radar system.

The Nigerian Airspace Management Agency was literally put on defensive shortly after the launch as some faceless experts became more aggressive in their campaign against effective operations of the new surveillance system, accusing the management of deceiving the former President to commission an uncompleted project.

What industry stakeholders appreciate today, went through some intrigues and administrative challenges that for posterity’s sake, it won’t be out of place to celebrate the success story of a giant project of this magnitude.

For instance, the project was suspended for a period of 15 months due to fresh consideration for a new technology and this momentary delay almost locked it into the cliché of becoming another white elephant project as earlier expressed in some quarters.

A month after the commissioning, attacks on the project took political dimension as the issue became a subject matter in the lower chamber leading to a resolution for investigation by the House Committee on Aviation chaired by Hon. Bethel Amadi who led his members to the Kano site to establish the truth as legislatures representing that axis had alleged that Kano Radar wasn’t completed.

Hon. Amadi on Wednesday, 19th November, 2010 at a press briefing shortly after the inspection, dismissed the allegation describing reservations on the multi-billion naira project by some legislatures on the floor of the House as ”political statements”.

He confirmed the committee’s earlier position on the floor of the House on the completion and operation of the Kano Radar and other eight stations across the country.

”We want to confirm that the material scope for the project has been completed and we have the report of ASECNA, the calibrating aviation firm which carried out flight-check on these equipment and affirmed to it functionality, especially that of Kano that was tested on October 21, 2010.”

Hon. Amadi thereafter warned that ”this project (TRACON) should not be used for political games .Those who are busy spreading this falsehood should rethink about the implications for our national image and external investors in the aviation sector of the economy.”

He then remarked that the nation had a chequered history of abandoned projects and TRACON could have suffered the same fate, if not of the firm commitment of the Federal Government on aviation safety, adding that the US FAA Category 1 status could not have also been achieved without the new surveillance system.

The then Speaker of the House of Representatives, Hon. Dimeji Bankole who was on his way to Jeddah breezed into the Conference Room of Mallam Aminu Kano International Airport, Kano where he met his colleagues and in a joyous mood savoured the positive report on the operation of the Kano Radar.

The project, awarded to Thales Air Systems SA of France on 7th April, 2003 at a cost of 66,500,870 Euros had 36 months completion time but eventually took seven years under the watch of three Heads of State, eight Ministers of Aviation and six Managing Directors of NAMA .

The Daily Sun newspaper wrote in an editorial: “It is, indeed, gratifying that this project has finally been concluded several years after it commenced. We salute the present administration for seeing it through. It is a good demonstration of continuity in government.”

Despite these obvious challenges including some bureaucratic bottlenecks encountered during the execution of the project, the operation of the radar system in the last 12 years has been a success story.

The aims are to achieve an overlap in the coverage of the different locations such that the entire airspace and even beyond can be covered simultaneously. The equipment works by intercepting signals emitted from a moving aircraft which are relayed back to the Area control centres used by the Air Traffic controllers in identifying and monitoring aircraft movement.

It has nine radar locations in Lagos, Abuja, Port Harcourt and Kano with each having both primary and secondary co-fixed radar head. There are five other stand-alone stations in Ilorin, Maiduguri, Talata Mafara, Numa and Obubra.

Its operation over the years has enhanced safety and security in our Airspace, reduced Air traffic delays and cost for Air space users, just as there are remarkable increases in ATC capacity.

The pivotal role of the radar system cannot be under rated and that is why one salutes the courage of the present administration for the initiative to upgrade the surveillance system with N23 billion to catch up with latest technology.

In writing this essay, one would like to acknowledge the heroes and heroines of the project among whom are: Dr. (Mrs) Kema Chikwe who championed the cause for a new radar system and signed the contract on behalf of the Federal Government with Thales ATM of France; Mallam Isa Yuguda; Chief Femi Fani Kayode; Felix Hyatt; Engr. Babatunde Omotoba; Mrs. Fidelis Akuabata-Njeze; Alhaji Abubarka Kawu Baraje, a former Chairman, NAMA Governing Board.