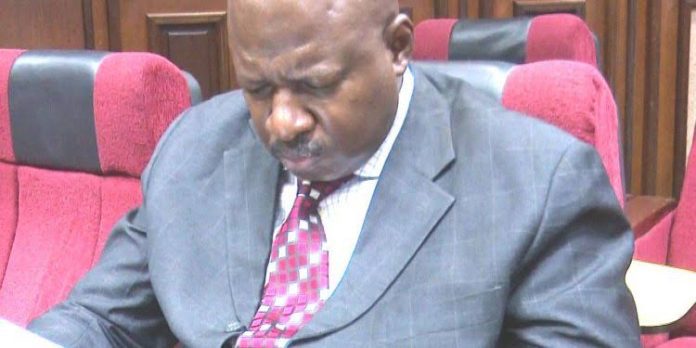 The trial of Muhammed Kuchazi, a Commercial Director of the Process and Industrial Development (P&ID) Ltd, was on Wednesday, stalled at a Federal High Court, Abuja because his lawyer, Eric Ifere, was indisposed.

Kuchazi is being tried over his alleged Involvement in the alleged multiple fraud involving the P&ID scandal.

When the matter was called, though Kuchazi, who was the 2nd defendant in the case was in court, Ifere was conspicuously absent.

Sanga then told Justice Abubakar that Ifere called him on phone that he was indisposed.

The EFCC lawyer, who said another counsel in Ifere’s chamber would have appeared on his behalf, said the action was an attempt to delay the trial.

He, therefore, prayed the court for an order, vacating the motion Ifere filed on Kuchazi’s behalf, seeking a leave of court for the release of his travel documents to enable him travel to the United Kingdom to give evidence against Nigeria between January 23 and March 11 at a UK court.

Sanga informed that the company had made arrangement for Kuchazi to testify against Nigeria at a remote location since his application was yet to be granted.

But the judge said since Sanga admitted that the defendant’s lawyer informed him about his state of health, he should be given another chance in the interest of fair hearing.

Besides, Justice Abubakar said Ifere had always appeared alone in the matter.

Consequently, she adjourned the matter until March 2 for trial continuation.

The judge had, on November 10, 2022, fixed today (Wednesday) for trial continuation before Ifere informed the court about the motion he filed.

The EFCC had, in a suit marked: FHC/ABJ/CR/319/2020, sued Kore Holdings Limited and Kuchazi as 1st and 2nd defendants respectively.

Kuchazi was arraigned on February 1, 2021, alongside the company and pleaded not guilty to the charges.

Kuchazi is being prosecuted, alongside his company, on an eight-count charge bordering on failure to comply with regulations of the Special Control Unit Against Money Laundering as required by the Money Laundering Prohibition Act in the alleged $9.6 billion fraud involving the P&ID Ltd.

Hearing in the case abroad is scheduled to take place between January 23 and March 11 at the High Court of England.

Kuchazi, in a motion on notice filed before Justice Abubakar, prayed the court to allow him travel to the UK to testify in the company’s case against the Nigerian government.

Giving seven grounds while the motion should be granted, Kuchazi said as a witness to P&ID, he had made a written witness statement on May 6, 2022 and he is required to attend the court hearing to be cross-examined on his evidence.

It would be recalled that P&ID Ltd. had approached a British court to seek compensation, claiming the Nigerian government breached a 2010 gas contract agreement.

According to the contract, the government was required to supply wet gas of up to 400 million cubic feet daily.

The court initially granted the firm an arbitral award of $6.6 billion.

But the figure rose to about $9 billion with an additional $2.3 billion in accumulated interest at seven per cent rate, after Nigeria refused to enter an appeal for more than five years after the original ruling. (NAN)