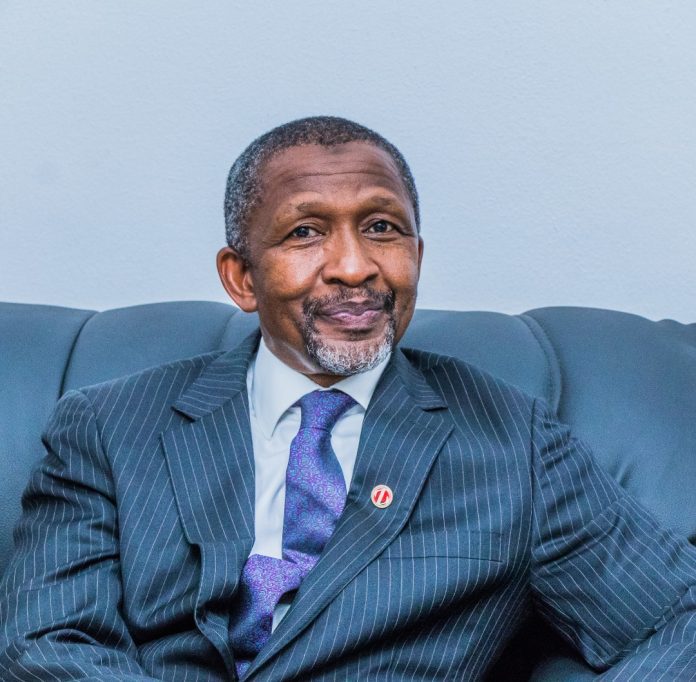 Nigerian geologist, who is the Chairman, Board of the Solid Minerals Development Fund, Uba Sa’idu Malami, has renewed the quest for the formulation of intentional policies that will control the exploration, exportation, mining and production of lithium in Nigeria, stating that lithium is replacing oil and has become very strategic the world over.

According to him, ‘Nigeria must be in full control of the entire lithium value chain.’

Malami, a co-founder of the Geological Society of Nigeria, said ‘Lithium is the new oil that could significantly control global wealth and economy of nations in the coming decades,’ adding that the new economic order will be largely dictated by the ability of nations to take advantage of emerging opportunities afforded by lithium resources.’
The COMEG-certified geologist and consummate businessman, who served on the Board of some notable companies operating in the extractive industry before his appointment as SMDF Board Chair said, “any foreign investment in lithium must be controlled in a way that prioritizes the political and economic interest of the country.”

He argued that the current regime where a company gets a license and starts mining lithium without some other control and regulation is not in the best of the country. He commended the Minister of Mines and Steel Development, Olamilekan Adegbite, for protecting the interest of Nigeria while responding to Tesla’s bid to mine and export lithium from the country.

“Remember that Minister Adegbite told the car manufacturing giant – Tesla that he would not grant permission for their mining bid in Nigeria unless they will establish a lithium battery manufacturing plant in Nigeria,” Malami said.

Nigeria is home to commercial quantities of Lithium spread across states of the federation. It is mined by artisanal miners in Nassarawa, Kogi, Kwara, Ekiti and Cross River States.

Malami, who expressed the concern at an exclusive chat with the Point in Abuja on Monday stated that “We must be jealous and quick to develop very intentional policies that will protect this prime mineral resource (lithium) as we did for oil and gas decades ago,’ adding that Nigeria should lead the way for the governments of African nations to take advantage of this opportune moment in history.”

He said “if this is not done, it is a disservice to the nation and the continent of Africa,” adding that if Nigeria controls local and foreign investments in lithium with patriotic fervor, it will attract enormous wealth to the country and strengthen her position in the emerging global economic order as did crude oil.

Malami, a forward-thinking ideologue noted that “lithium is too strategic to be left open for exploration without control especially since it is in global demand.”

He pointed out that “as far as an emerging technology is concerned, lithium is now the new oil, and nations that wish to make an economic leap must be smart to take advantage of the opportunities afforded by lithium, Nigeria must key into the emerging economic order being ushered-in by advancements in technology made in the energy sector using lithium.”

Malami, who first made the call for strict control of lithium mining in 2019 after the discovery of high-grade lithium ores in the country said “If we are going by numerical facts, there are millions of cars in use today in the world and the number may well be on the increase. These cars are in millions, and they will require lithium as the source of energy.”

He explained that advancement in technology shows that the world is progressing to a future where diesel engines and petrol will be phased out and replaced with cars that are powered with lithium batteries.

“When this happens, you can imagine how much lithium resources will be required to fire the electric vehicles that will be in use across the world!” he exclaimed.

Malami recalled the Climatic Resolutions of the 2021 United Nations Climate Change Conference (commonly referred to as COP 26), noting that the Resolutions passed by the nations aim to safeguard the environment.

He said, “The COP 26 resolutions called for the production of lithium battery-powered cars that will gradually replace the hydrocarbon engines,’ adding that ‘by various ways, lithium is the new oil.”

The Board Chair called for the establishment of a special-purpose fund for the exploration of lithium in the country saying “We must be ready and deliberate in developing funds for lithium exploration and exploitation in Nigeria, just like we have the Petroleum Technology Development Fund (PTDF). Special purpose funds for lithium exploration and exploitation must be urgently made available to relevant authorities in order to ensure that Nigeria is positioned to occupy its prime place in the Committee of Nations in near future.
“Nigeria must regulate the exploration and mining of lithium, its export, processing and production of lithium powered devices, in the interest of patriotism, Nigeria must do this in order to be able to become the lithium hub for Africa.”
Speaking further, the geologist said “We must also be deliberate in designing a marketing strategy that will help us to control the rush for lithium that will come upon Nigeria and in fact Africa so that we can attract the deliverables of the emerging global rush and trade with regards to lithium.
“In the world today, the petroleum-producing economies are the biggest and most envied. If Lithium is going to replace petroleum the way electric vehicles are hopefully going to replace fuel, then lithium is undoubtedly the new oil. Therefore, I will call back what I have always insisted upon; that we must see this vision which is already very clear. It is clear even by the struggles between the developed economies on our lithium in Nigeria.
“The Chinese are here for lithium; the Americas are here too and even the Europeans. They are all here for Nigeria’s lithium resource. We must safeguard our future even though we desire foreign investment. We need to control foreign investment so that we don’t embrace investments that will take away our mineral wealth while impoverishing our people and country,’ the geologist added.