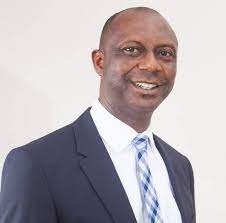 The Chief Consultant, B. Adedipe Associates Ltd., ‘Biodun Adedipe, has urged stakeholders in business to pay attention to the triggers causing slow down to Nigeria’s economy.

Adedipe gave the advice at an economic outlook webinar organised by the First Bank of Nigeria Ltd., on Friday in Lagos.

The event with the theme, “Nigeria Economy Outlook 2023: A look ahead,” x-rayed the performance and outlook of the Nigerian economy along major indices and provided useful insights for global developments.

“World Bank, in the global economy outlook issued last week, said this about Nigeria and it’s important to give attention to it.

“It said our latest forecasts indicate a sharp long-lasting slowdown with global growth declining to 1.7 per cent this year; that is what they see globally.

“They mentioned three major challenges there, and those are inflation, currency depreciation and under investment in people and the private sector.

“The World Bank says there are five factors that underpinned their own outlook for Nigeria this year- rising production costs, under-performing oil and gas sector, insecurity and policy uncertainty caused by what happened in 2022,’’ Adedipe said.

According to him, their forecasts brought out four important points.

He said, “Oil and gas growth which will be restrained, growth in agriculture which will soften on the back of the flows of last year, happenings caused by insecurity, persistent fear, foreign exchange shortages, and weak fiscal position.”

Adedipe urged stakeholders to give more attention to end-to-end digitisation.

He said that they should deliberately tweak their business models to take into account whatever could be automated; the role Artificial Intelligence and the evolving metaverse.

Earlier, Ini Ebong, Executive Director, Treasury and International Banking, First Bank, said that the bank was known for supporting businesses to grow as the engine for economic growth and development in Nigeria, across sub-Saharan Africa and beyond.

Ebong said that the bank would continue to take the lead in driving the development of different sectors and industries within the economies where it operates.

“In line with our renewed vision, ‘to be Africa’s bank of first choice”, we will take the lead in driving the development of different sectors and industries within the economies where we operate, to support the nation’s overall economic growth and sustainability,’’ he said.

Ebong said that the meeting was aimed at demonstrating the bank’s commitment to, and collaboration with its esteemed customers and stakeholders as their partner of first choice.

He said that the bank would continue to play a dominant role in unlocking the opportunities that enabled their businesses to grow and thrive in 2023 and beyond.

He said, “We trust this opportunity will provide the necessary support to build our stakeholders to also become industry giants in their various spheres. (NAN)