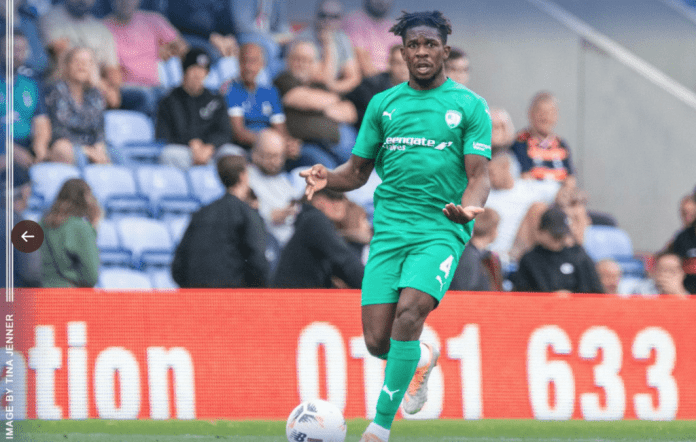 National League club Chesterfield were seconds away from pulling off an upset in their Emirates FA Cup tie against Semi Ajayi’s West Brom at the Technique Stadium at the weekend, only for the Championship side to equalize right at the death with Tim Akinola putting up a five-star performance.

Akinola made his starting debut in the competition, after appearing off the bench in previous rounds against Northampton Town and AFC Wimbledon.

The Nigerian-born defensive midfielder, on loan at Chesterfield from parent club Arsenal, put in an impressive performance for the non-leaguers, highlighted by him being nominated for the Man of the Match accolade.

Although Armando Dobra got most of the plaudits for bagging a brace and went home with the Man of the Match award, Akinola was outstanding, making five tackles and a game-high with two take-ons.

After the Arsenal loanee was substituted in the 87th minute, Chesterfield were unable to hold on to a win as Brandon Thomas-Asante headed the ball in the third minute of stoppage time to level the scores and force a replay at The Hawthorns.

Akinola spent the second half of last season on loan at Scottish topflight club Dundee United but was loaned out to fifth tier English club Chesterfield last summer to keep in shape after suffering a serious ankle injury that required surgery.

Arsenal have high hopes for the talented midfielder and extended his contract for two more years even though he was sidelined by injury.