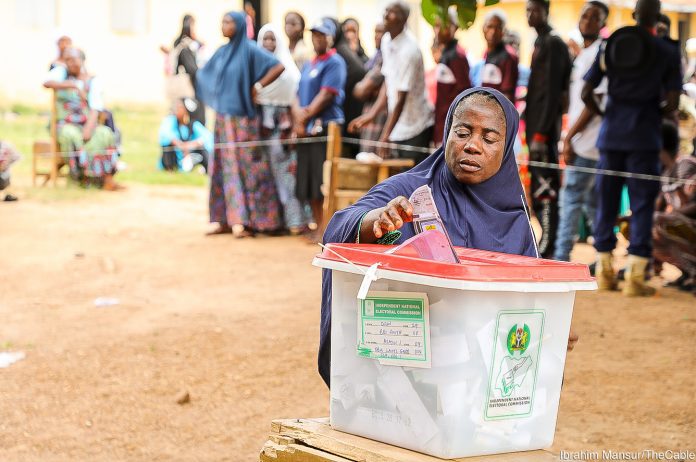 The Federal Government assured on Tuesday that the general elections will be held as scheduled next month.

Minister of Information and Culture, Lai Mohammed, gave the assurance at the 17th edition of President Muhammadu Buhari’s scorecard series from 2015-2023 in Abuja.

The minister’s assurance came in the wake of the Independent National Electoral Commission’s alarm that the 2023 polls could be postponed or cancelled if the growing wave of election-related insecurity across the country was not checked.

The Chairman of the Board of The Electoral Institute, INEC’s training arm, Abdullahi Abdu Zuru, who represented INEC Chairman, Mahmood Yakubu, at the validation of election security training resources, in Abuja, had said on Monday that “If the insecurity is not monitored and dealt with decisively, it could ultimately culminate in the cancellation and/or postponement of elections in sufficient constituencies to hinder declaration of elections results and precipitate a constitutional crisis.

However, Mohammed said the polls will be held, adding that the Federal Government is aware that INEC is working with security agencies to ensure that the elections are successfully held across the country.

Mohammed spoke as the INEC’s alarm over polls postponement or cancellation raised dust in the polity with the electoral body clarifying issues around security, election postponement and seeking the commitment of all stakeholders to credible polls.

We consider the statement credited to the electoral commission that the polls could be postponed or cancelled if insecurity persisted as irresponsible.

It is very irresponsible of INEC to be making statements like this at a time it should be working towards delivering credible polls in February and March.

We state with emphasis that it is not the responsibility of INEC to provide security for its staff, election materials and citizens (voters) but for the Federal Government.

We also wish to remind INEC that it does not have the power to postpone or cancel polls because it is a constitutional matter.

However, we do not begrudge INEC for raising the issue of insecurity, it is very paramount and there is a need to call the attention of the executive arm of government to the situation.

Section 14.2(b) of the Constitution of the Federal Republic of Nigeria (as amended) provides that “The security and welfare of the people shall be the primary purpose of government.”

Unfortunately, the INEC’s statement could strengthen the speculations making the rounds that some powerful interests in the country do not want the 2023 elections to hold successfully, particularly, the presidential election.

We urge INEC and Nigerians not to give in to threats by persons and political parties to frustrate the nation’s march towards a better society by thwarting the forthcoming general elections.

We note with concern that the attacks on INEC facilities were clearly orchestrated by persons, who were afraid of a free and fair electoral process because failure already stares them in the face.

The threat posed to our electoral process by these people who have been attacking INEC offices and facilities is a clear call for vigilance which is the eternal price to pay for our liberty.

“In the past when concerned stakeholders raised the issue of security as the potential clog in the wheel of the 2023 general elections, INEC had always claimed that it was ready and that under no circumstances would insecurity stop or hinder it. We, therefore, wonder at what point it occurred to INEC and its leadership that there are challenges of insecurity”

We urge INEC, the security forces and the generality of Nigerians not to give in to these cowards who are desperate to cause a constitutional crisis because they already know they can’t win in a free, fair and credible electoral process.
It is time for our security agencies to up their game by arresting and exposing these enemies of Nigeria and their sponsors.

We plead that the election should not be postponed as it would cause a constitutional crisis due to the time allotted.

The general elections must remain sacrosanct and nothing must be done to shift the dates.

We recall the postponements of the 2015 and 2019 general elections and one would have thought that by now, the government and the electoral umpire had learnt enough lessons on how to avoid such recurrence but from the statement made by INEC, it is clear that we have all failed to learn anything from history.

While we agree with INEC about the country’s security situation, what we find curious is the timing of the statement.

In the past when concerned stakeholders raised the issue of security as the potential clog in the wheel of the 2023 general elections, INEC had always claimed that it was ready and that under no circumstance would the insecurity stop or hinder it. We, therefore, wonder at what point it occurred to INEC and its leadership that there are challenges of insecurity.

We hope this statement will not be a prelude to something more sinister because we don’t want the repetition of 2019 when the election was postponed in the middle of the night, while most Nigerians were asleep.

If INEC appreciates the enormity of the responsibility on its shoulders to deliver credible, free and fair elections in 2023, such an utterance about the possibility of a cancellation of the elections would not have come from the electoral umpire.

Every effort must be made to ensure that the general elections slated for February and March this year not only hold successfully but also that winners emerge and are sworn in on May 29, 2023, as stipulated by relevant laws.

Security personnel and election officials must be fully equipped to deal with challenges that may affect the election process.
We also call for synergy between INEC, political parties, political leaders, community leaders, religious leaders and the citizens by cooperating with security agencies and reporting people with suspicious activities.

President Muhammadu Buhari and the security agencies must ensure that everything is done, within the law, to provide a conducive atmosphere for the conduct of the elections, in strict compliance with the Electoral Act (as Amended), in all parts of the country.

Mr President must also commit to the peaceful handover of power to whoever wins the presidential election, in the interest of the country.