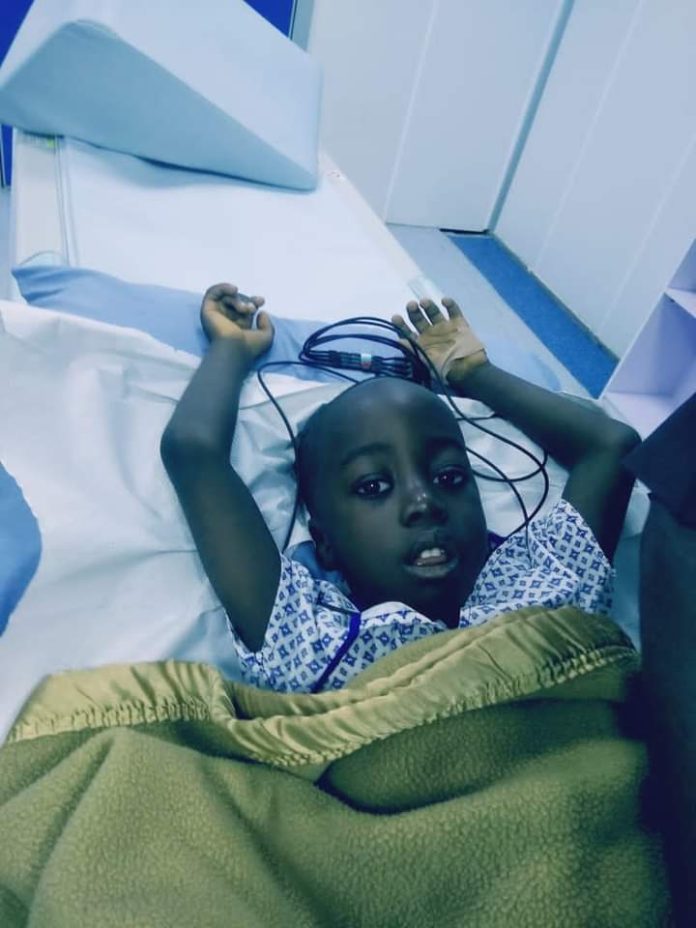 Mrs Medinat Remilekun, the mother of a five-year-old boy, Abdumotolib Oki, has appealed to well-meaning Nigerians to help raise fund for her son suffering atrial septal defect, also known as ‘hole in the heart.’

Remilekun, in an interview, said her son was diagnosed of the ailment recently at the University of Ilorin Teaching Hospital in Kwara State.

She said the young patient had been referred to the Obafemi Awolowo University Teaching Hospital, Ile-Ife, Osun State, where the surgery would be done, saying that doctors had said the surgery should be done urgently.

The mother further noted that the family had been making efforts to get part of the money by borrowing and through donations from those they know, saying that Abdumotolib had been coping with the expensive drugs he has been taking fortnightly.

According to her, the fund needed for the surgery is N4 million.

“I am Hajia Medinat Remilekun, the mother of Abdumotolib. Please, I need the financial assistance of all Nigerians for my son, Abdulmotolib, he has a hole in the heart. We went to University of Ilorin Teaching Hospital, that was where tests were conducted that revealed that he has a hole in his heart.

“Ever since the tests were done, we have been buying drugs that he has been taking every two weeks. We have gone to other hospitals to confirm wether the test is true or not. Among the hospitals is University College Hospital, Ibadan, we did a test and they also confirmed that he has a hole in his heart.

“We also went to some private hospitals in Kwara and it was confirmed the same. We have been stabilising him with the fortnight drugs he has been taken and the doctors told us that they will carry out a surgery on him at this early stage of the ailment. Please, Nigerians, come to my aid. The UITH assisted us with an appeal letter and we have given it out to the people we know, but the money we realised and those we borrowed are yet to cover the expenses.