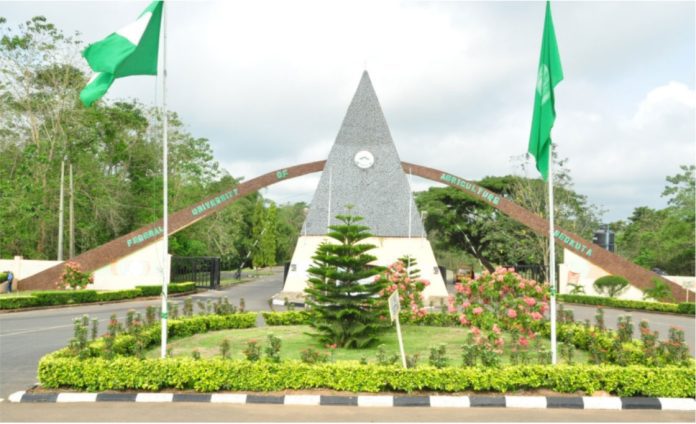 Authorities of the Federal University of Agriculture, Abeokuta, have advised members of the Non-Academic Staff Union, not to allow themselves to be used by fifth columnists working for some disgruntled elements to disrupt the peace and harmony prevailing in the university.

The advice was issued on Sunday sequel to the threat by NASU leadership in the university to commence a seven-day strike with effect from Monday, October 24, 2022, on the orders of its national body under the leadership of NASU Secretary-General, Peters Adeyemi, alleging anti-NASU policies and undue interference in the union’s affairs by management.

It was gathered that there are undercurrents behind the proposed strike which many alleged as moves to embarrass and humiliate the current Vice-Chancellor, Felix Kolawole Salako, barely one week to the completion of his five-year tenure which lapses on Monday, October 31.

The management of the institution, according to a press statement signed by the Registrar, Bola Adekola, faulted the directive of the union’s national body.

FUNAAB management described as an illegality the action of the union over issues that are clearly local and were never brought to the attention of the university.

Said Adekola: “This is clearly a violation of the extant rules and procedures for strike declaration through extant laws of the land… It is quite unfathomable that after an eight-month strike which paralysed Universities, NASU believes that declaring a local strike for promotion of a personal interest is justifiable.

“To set the record straight, some of the issues raised are clearly subjudice as they are before the Federal Court of Appeal, Ibadan. The decision of NASU to resort to strike on such issues is therefore a resort to self-help which is clearly ultra vires.

“Even the local NASU officials were involved in the process for transparency, the Governing Council not only did justice to the matter but also took the appeal of the national body on the matter before it was restored in 2019. The University Council also reaffirmed its decision on the matter.

“It important to call the attention of the public to the fact that four of the issues raised by NASU national body for calling its members out on this proposed illegal action are just a smoke-screen for the real one which was to force and arm-twist the hand of Management to promote the former Chairman of NASU- FUNAAB and a current member of National Executive Committee of NASU, Mr. Ishaq Odunjo, who couldn’t pass promotion interviews and competency test usually conducted by University officers aspiring for CONTISS 14 positions like some others who also took part in the processes.

“It is on record that NASU Headquarters led by Mr. Peters Adeyemi had made several attempts in the past to dictate to Management on how to make Mr. Odunjo a sacred cow to the extent of dictating where and where he should be posted to work in the university which was resisted by Management.

“This latest action is not different from all the earlier ones with the intention of forcing Management to give Mr. Odunjo an undue promotion after a woeful performance at the promotional examinations. If this is not resisted, we shall get to a situation where student Union Leaders will also call out their members to force Management to award them First Class Degrees because they have the capacity to disrupt peace on Campus.

“Our advice to NASU- FUNAAB members is to ignore this latest attempt to use them to disrupt the smooth working relationships and the industrial peace on campus. It’s our hope that NASU Headquarters will come and hold a constructive discussion with the University Management to get to know the truth of how happy the members are.”