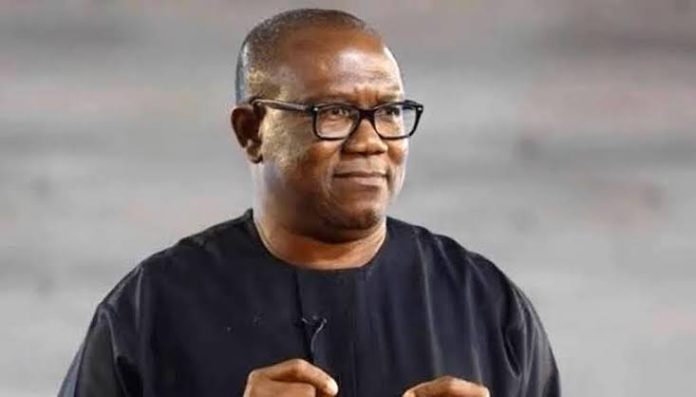 The presidential candidate of the Labour Party, Peter Obi, has expressed sadness over the death of Nigeria’s first Aviation Minister, Mbazulike Amaechi, who died on Tuesday.

In a Condolence message released to the press, Obi said he was pained by the death of the elder statesman, who he described as a lover of peace and bridge builder.

Obi stated that his fatherly advice, guidance and support were more needed by the nation now than ever, especially with the forthcoming elections.

The condolence M
message read in part, “I received the news of the transition to glory of Late Chief Mbazulike Amaechi, this morning. He was an elder statesman whose love for peaceful coexistence, desire for fairness, equity and justice, and fire of patriotism burned till death. His was an impactful life which positively touched millions of people around the country.

“His service to the people and the nation, in different capacities, will always be remembered. He was a man who devoted his life fighting for a more united and progressive Nigeria. I have personally enjoyed great support from him in my political journey.”

“The best homage Nigerians should pay to him is joining hands together to elect credible leaders in 2023 that would restore the glory of Nigeria along their original dreams.”

Obi prayed God to grant eternal rest to the deceased and comfort the Mbazulike family, and all who mourn him.

“I pray God to comfort the family he has left behind and grant him eternal rest. Rest on Papa,” he concluded.